Continuing the excitement for junior golf following last year’s record breaking season, the Faldo Series has announced a game changing partnership with the Hurricane Junior Golf Tour (HJGT) to create the largest global junior golf tour partnership of its kind in the world.

Performance54 supported the coming together of two of junior golf’s most respected powerhouses with the development of a new logo, creative assets including a launch video, as well as leading on the announcement to the global golf press. Throughout the season Performance54 will continue to promote the new Series to drive further awareness of events via a dedicated PR & Communications programme and a typhoon of coverage.

The Faldo Series is set for another storming year in 2021 by celebrating its 25th anniversary since being founded by Sir Nick after his last Major triumph at Augusta back in 1996, further cementing the commitment to growing the game by providing aspiring players across the globe new opportunities to travel, compete and develop through golf. 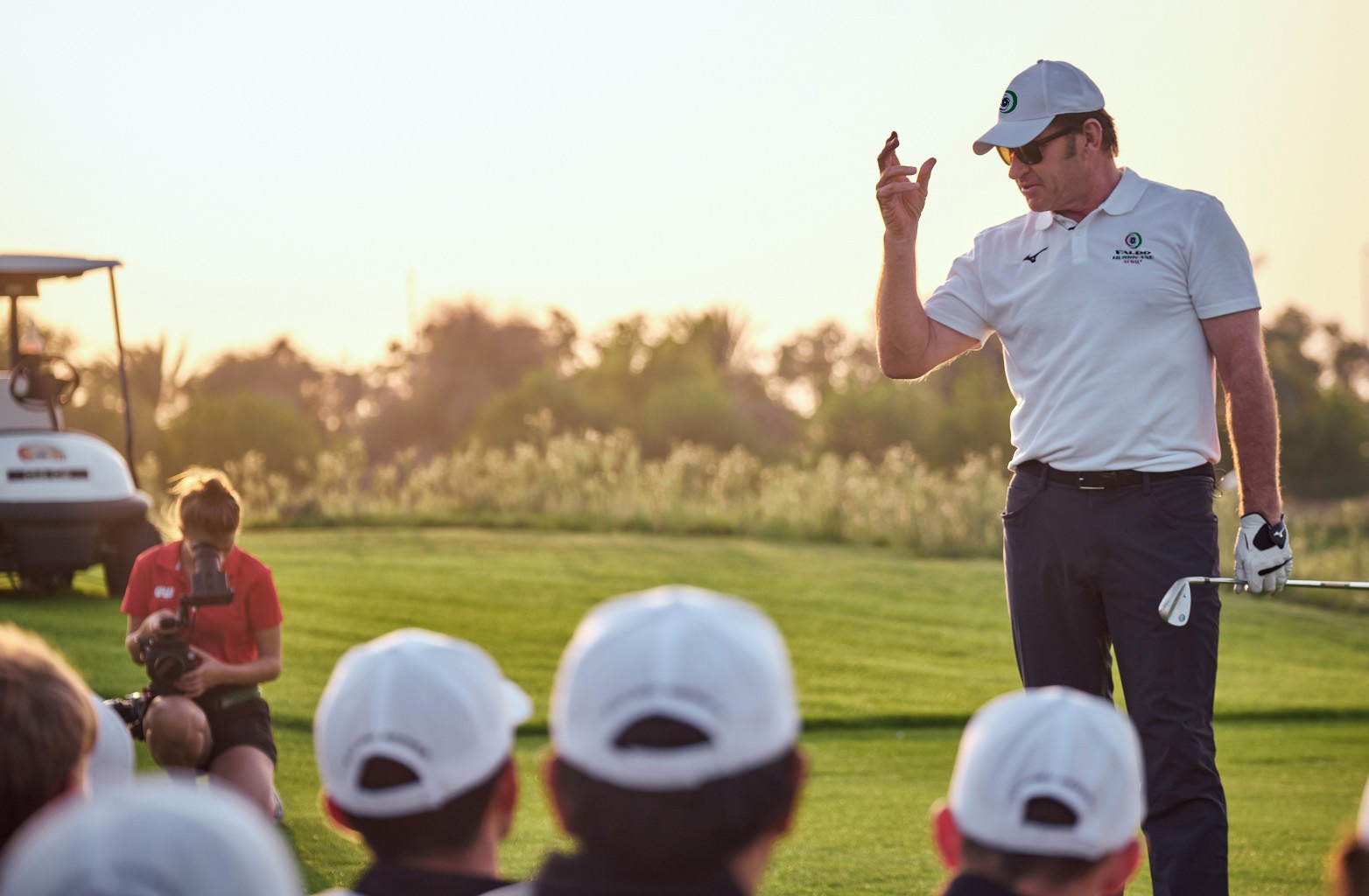 Next Article PERFORMANCE54 CONFIRMED AS ONE OF EUROPE’S 1,000 FASTEST GROWING COMPANIES BY FINANCIAL TIMES
Other Highlights
News Sir Nick’s new whirlwind announcement comes to America Continuing the excitement for junior golf following last year’s record breaking season, the Faldo Series has announced a game changing partnership with the Hurricane Junior Golf Tour (HJGT) to create the largest global junior golf tour partnership of its kind in the world. News GOLF SAUDI SHORTLISTED IN 2022 SPORTS PODCAST AWARDS Golf Saudi’s ‘Power of the Game’ podcast has been shortlisted alongside some of the top names in the sports podcasting world ahead of this year’s Sports Podcast Awards. News Faldo Celebrates 25 Years Of Growing The Game Sir Nick Faldo celebrates the Faldo Series’ silver anniversary, as the junior golf development pathway embarks on a highly anticipated 25th Series, following the official launch of the global schedules for 2021. News PERFORMANCE54 STRENGTHENS SPONSORSHIP AND EVENTS EXPERTISE WITH TRIO OF SENIOR APPOINTMENTS Performance54, a leading sports marketing and consultancy group positioned among the FT 1000 (Financial Times) fastest growing privately owned companies in Europe, has added significant experience to its team with the appointment of a trio of golf and sports marketing industry heavyweights.
More from Performance54
Services