Dubbed as one of golf’s most exciting annual story lines in Europe, with drama and heartache unfolding under intense playing conditions, Qualifying school returned to the Costa Daurada coastline for the third consecutive year.

Lumine Mediterránea Beach & Golf Community is no doubt a fitting host, having recently received the global status of “Europe’s Best Golf Venue” at this year’s World Golf Awards. The venue, which opened just 11 years ago, has hosted an array of events before it was entrusted to host European Tour School Qualifying Final Stage for the past 3 years.

Performance54 were engaged, also for a third year, to deliver an integrated content campaign across traditional and online media channels with a view to strengthen Lumine’s credentials and reputation as a stand-out European golf and leisure destination. Moreover, to partner with European Tour and European Tour Qualifying School for content amplification, growing Lumine’s following and engagement across all owned social media channels

As part of this activation Performance54 worked with global media to deliver key messages about the Q-School event pre, during and post gaining over 25 million media reach. Furthermore, we engaged our in house production team to shoot and create three videos capturing the preparations and intensity of the event as well as resort led content showcasing the many offers Lumine presents. Two of the three videos have been released generating over 300,000 views on social media. In addition to this, Performance54 also invited and hosted 6 key media outlets from UK, Germany, France, Spain, Sweden and Denmark during the tournament, assisting with interview opportunities, exclusive access and stories further leveraging Lumine’s coverage and reputation within the market. 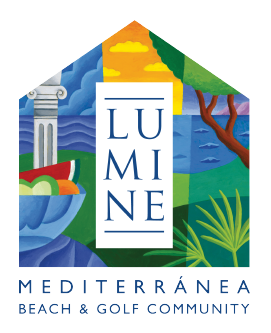 Next Article Performance54 is Surrey's 'International Business of the Year"
Other Highlights
News Saudi International 2020 – The Ultimate Day Out Performance54 once again supported on the delivery of the Saudi International powered by SoftBank Investment Advisers. Working closely with Golf Saudi for the event’s second instalment, the company oversaw the event’s management and hero activations, as well as providing extensive PR and communications support throughout the four-day tournament. News Performance54 Help Launch Game On Performance54 has cemented its long-term relationship with Sentosa Golf Club, by working exclusively with them to launch a ground-breaking new environmental sustainability campaign, Game On. Sentosa’s answer to climate change, it seeks to unite the game’s key stakeholders with the wider golfing community to implement new modern processes that result in the betterment of the environment. News Performance54 deliver OMEGA Dubai Desert Classic Performance54 successfully supported the delivery of the 2020 OMEGA Dubai Desert Classic, working cohesively with the tournament organisers – Falcon & Associates – to deliver a PR, content and digital communications campaign during the 31st edition of the tournament. News FOOTJOY LAUNCHES NEW SHOE RANGE Back in January, the Performance54 team worked with longstanding client, FootJoy, to capture content in Dubai for their 2020 product launches. The shoot tied in with the launch of the 2020 shoe line, headlined by Tour X and Pro/SL, whilst providing a perfect opportunity to create additional content for the launch of the Spring Summer ’20 apparel range available later this month.
More from Performance54
Services